As now as we know what we are talking about and still under the thought if as a single parent, we can go ahead with adoption, your answer is here. Are you are a single man or a single woman and contemplating an adoption? While there may be many questions within you like “Can I adopt if I’m single?”, “What will be the procedures?” we are here to help you. And the good news is yes, single women and men may adopt. Single Parent Adoption is easy with just a few procedures and formalities.

If we had discussed these topics say a decade back, we would have to go to an adoption agency as a single person and apply to adopt a baby, which would be put down. We also note some laws against single parent adoption prevailed in some states. However, we see that in the United States and other countries, many children are living with single men and women who have chosen to become parents and are given chances to provide a loving home for a homeless child.

The outlook for single parent adoption is very encouraging and widely accepted. Researches show that children raised in single adoptive parent families do just as well as, if not better than, children adopted by couples. Adoption agencies, that had earlier showed a strong bias against unmarried men and women, are welcoming Single Parent Adoption.

Can a single parent adopt a child?

As per the Juvenile Justice Act (amended in 2006) ” adoption as a process that separates an adopted child from the biological parents forever. This converts him into the legitimate child of his adoptive family with all the privileges, rights and responsibilities which the role of parents entails. By this act, single or divorced people are empowered to adopt a child.

Why is single parent adoption getting popular?

As compared earlier, the challenges for single parent adoption is much reduced. While many factors give the drive, the growing acceptance of one-parent families due to divorce or separation and unmarried single women raising a child individually is still accepted. Others factors like increasing literacy and newly-found financial independence of women have also contributed to making single parent adoption popular.

Why single parents are becoming common?

With the increase in the number of educated people beginning to consider marriage unnecessary to enjoy the joys of parenting. They find Single Parent Adoption as a convenient option. Their desire to produce a biological child is diminishing. Moreover, many celebrities by taking the bold step of becoming single parents have also helped in removing the taboo linked with single parent adoption.

Who is allowed to adopt a child in India?

As per the Indian adoption process, an Indian, married or single, Non-Resident Indian (NRI), or a person who belongs to any other nationality (foreigner) may adopt a child. The guidelines and documentation process for each group of adoptive parents may differ as per the state where the adoption takes place.

We have here compiled the single parent adoption rules for your reference:

Adoptions for Hindus, that include Sikhs, Jains, and Buddhists, are governed by the Hindus Adoptions and Maintenance Act, 1956. The act allows:

A male Hindu is eligible to adopt a child. He should be of sound mind and not a minor. However, if during adoption he has a living partner, he can adopt only with the consent of the partner, except in case she is pronounced unfit by the court to give consent.

Any female Hindu is eligible to adopt a child. She may be unmarried. In case she is not living with her husband or her marriage has dissolved by the court or her husband is legally declared to be incompetent to take a child in adoption.

Muslim do not recognize total adoption. However, Section 8 of the Guardians and Wards Act, 1890 allows them to take up the guardianship of a kid.

The guardian role comes with a set of rules mainly to preserve biological family line, without a confusion.

However, thanks to the Juvenile Justice (Care and Protection of Children) Act, 2000, Muslims are eligible for taking an adoption. With this law, any person in India is given the choice to adopt a child regardless of the religion he may follow.

3. For Christians and Parsis

Christians and Parsis also do not recognize full adoption. However, if someone wants to adopt he can approach the courts and obtain legal permission under the Guardians and Wards Act, 1890. The act permits them to take a child under temporary custody. The child, on attaining the age of 18, is free to break all connections and leave the parents anytime. He does not hold any legal rights of inheritance as per the Christian Laws. However, under the secular Juvenile Justice Act which supersedes personal laws, Christians and Parsis can adopt a child.

4. Adoption Rules for the Single Male and Female

In 2015, the Ministry of Women and Child Development issued the Central Adoption Resource Agency (CARA) Guideline granted permission for a single woman to adopt a kid of any gender. However, The Juvenile Justice Act does not lawfully prescribe a single male to adopt a female child.

The procedure for adoption may include the following steps:

Some resources that can aid in the adoption are:

In India, we do not find any separate act that governs adoption by foreign citizens or NRIs, but it comes under Guidelines Governing Adoption of Children, 2015. Under these guidelines misuse or illegal use of the children through adoption is prohibited. The guidelines for Supreme Court state that for intercountry adoption, a foreign parent can adopt an Indian child before he/she completes the age of 3 years. Without any concrete Act on intercountry adoption, the provisions of Guardians and Wards Act, 1890 is considered for adoption.

Factors to be Considered for Single Parent Adoption:

We must remember that as per CARA, couples must have a minimum average monthly income of Rs. 3000. If you have supporting assets to enhance your financial stability, lower income is taken into account. This is to ensure that the child grows without any difficulty.

While we know that it’s the human desire to nurture and have a family strong. It is the need of the hour for most people. Single parent adoption may provide a wonderful opportunity to fulfill this desire and offer a permanent loving home to a child who needs it and a child to a parent who needs him/her.

Life is much better if we could give a good and standard life to a child who really needs it. So let’s encourage single parent adoption and give a home to a homeless!

Let us know if you liked the post. That’s the only way we can improve.
Post Views: 588 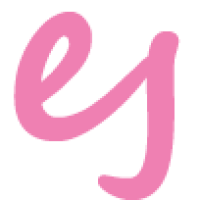